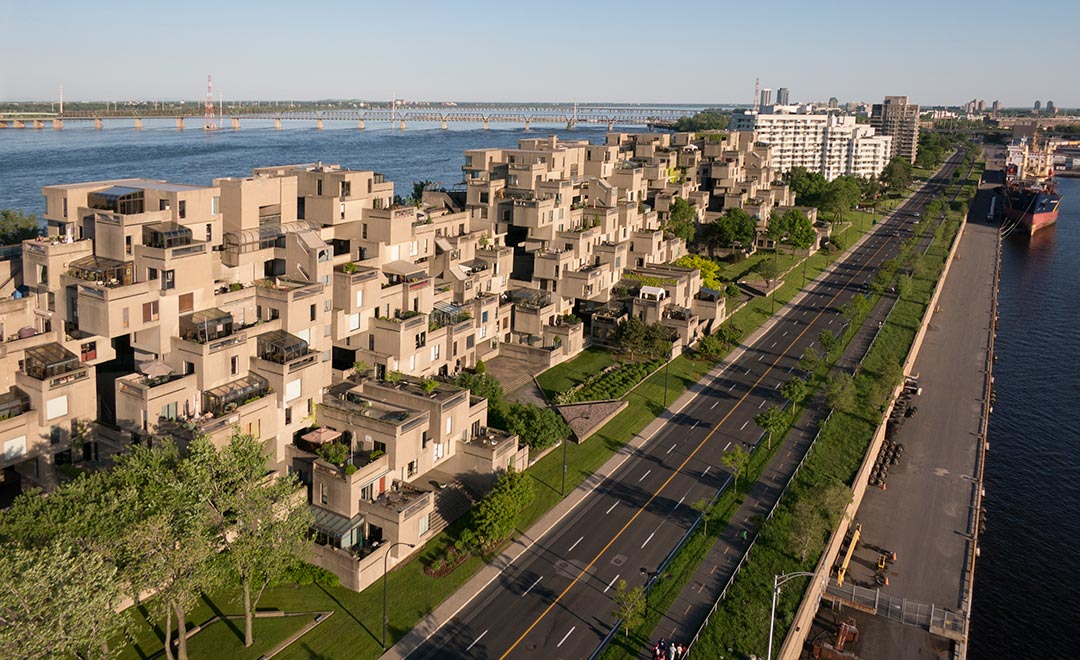 
Habitat 67, or simply Habitat, is a model community and housing complex in Montreal, Canada, designed by Israeli–Canadian architect Moshe Safdie. It was originally conceived as his master's thesis in architecture at McGill University and then built as a pavilion for Expo 67, the World's Fair held from April to October 1967. Habitat 67 is widely considered an architectural landmark and one of the most recognizable and significant buildings in both Montreal and Canada.[1][2] It has been reported many times as one of the top 10 ugliest buildings in North America and the world.