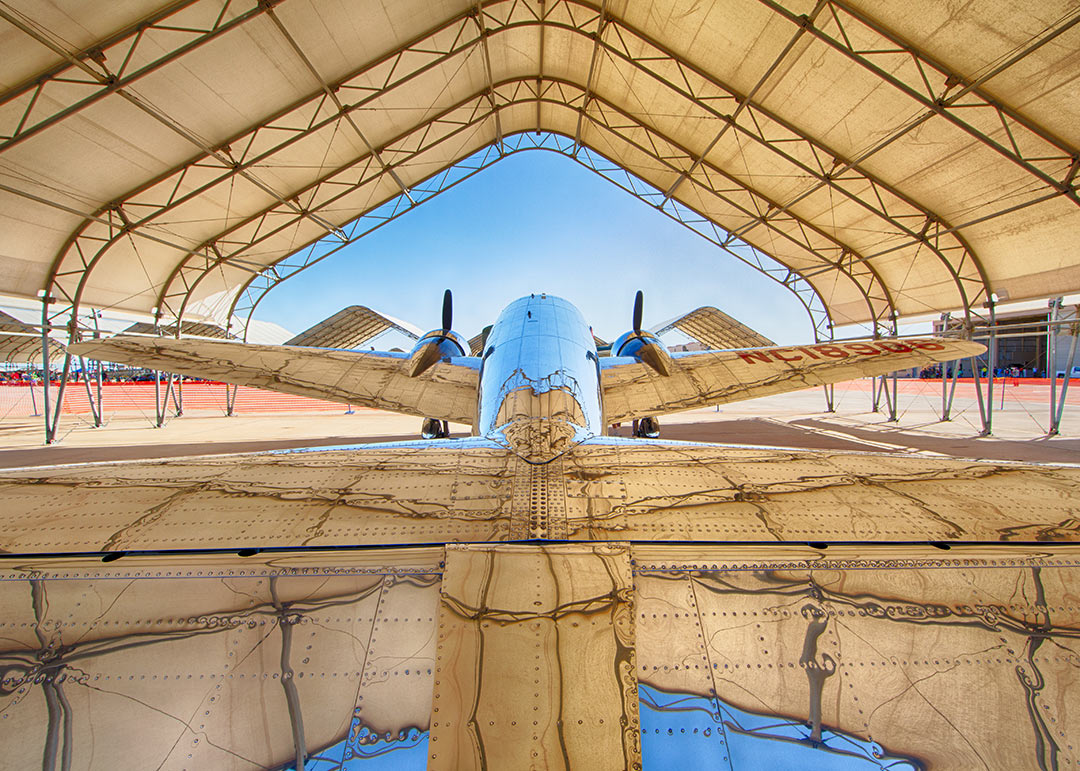 
The Lockheed Model 12 was a 6-passenger light transport scaled down from Lockheed’s Model 10. It first flew June 27, 1936. With its small passenger capacity, it found more favor as a corporate executive transport than as the feeder airliner as which it was conceived. About 130 Model 12s were built at Lockheed’s Burbank, California plant.